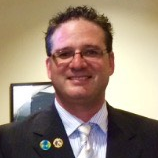 David has been a strong advocate for human rights, woman’s rights, the International Convention on the Rights of the Child and an active leader in support of the Adopt-A-Minefield Program, Nothing But Nets Campaign to combat Malaria and the recent Adopt-A-Future Campaign to aid refugee children and families.

David was honored at Congress with the Congressional Award Gold Honor Medal, awarded the Presidents’ Call to Service Award by President Obama & Daily Point of Light Award by President Bush. Tuckman was also awarded the FBI Director’s Commendation for Exceptional Service in the Public Interest. He is the recipient of the National Red Cross Clara Barton Honor Award for Meritorious Service–the highest Commendation in Red Cross, preceded by the Special Citation.

David sees himself as a role model by example who strongly believes we all need to make our world a better place and that we can all find ways small or large to make a difference every day in our own communities.