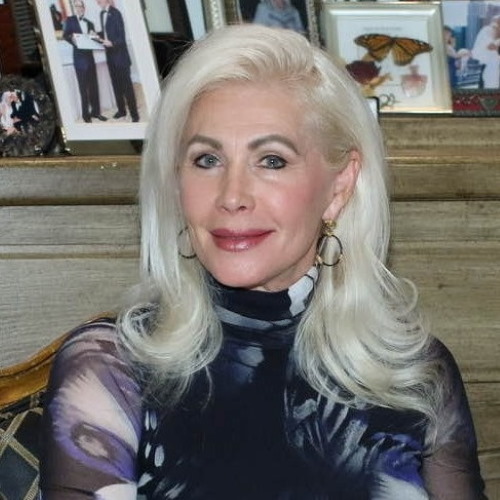 Princess Karen Cantrell is an entrepreneur, political activist, business visionary, philanthropist, humanitarian, and descends from a noble and royal background. She has a vast knowledge in Communications and Public Affairs, including a background in Community Relations, Business Ownership, Governance, and International Affairs. An advocate for over 30 years, she works tirelessly to help other families experience a better life nationally and internationally. Visit www.karencantrell.com.

As President and CEO of Rancho Mirage Golf Inc. (DBA Lady Golf), Karen has made a commitment to sharing her success and philosophy with other entrepreneurs and professionals with a common goal of empowering women and giving back to the community. Her extensive knowledge in apparel design, manufacturing and how trends impact the fashion industry have led to many collaborative works with top industry leaders such as Oscar De La Renta, Bob Mackie, Victor Costa, Richard Blackwell and many others. She has a successful international website www.ladygolf.com and a 6,000 sq. ft. store located in Palm Desert, California.

Karen is well known in the world of chivalry and charitable fields. She was the United Nations Association Inland Empire Vice President for many years. Karen founded and became the elected President of the UNA/USA Coachella Valley Chapter with the President of Southern California UNA/USA Barry Simon . She is now is the Chairman of the UNA/USA Coachella Valley Founder’s Circle. Her achievements have been honored with many accolades both nationally and internationally which include The Presidents Call to Service Life time achievement Award from the White House in Washington D.C. 2013 for volunteer work , The highest award awarded by the Commonwealth of Kentucky is that of Kentucky Colonel which was awarded to her in April 2014, The Royal Medal of the Lion awarded by His Imperial Highness Prince Ermias Sahle-Selassie Haile Selassie for her loyal and faithful service to the Crown Council was awarded to her in 2013. Raja Don Leopold Nisnoni awarded her the coveted Bintang Sonbai–Star of Sonbai for the highest act of appreciation to her for her meritorious service to the people of Kupang. Ratu Muda Princess Karen Cantrell is also a Grand Armorial Platinum Patron for Andrew Steward Jamieson–Scribe and Illuminator to The Crown Office at the House of Lords on behalf of HM Queen Elizabeth II. December 2016 she was elected the Chairman for The Royal Society of St George–California and is a member of The Royal Oak Society as well. She and her family have listings in The Blue Book–Southern California Social Register and The New York Social Register.