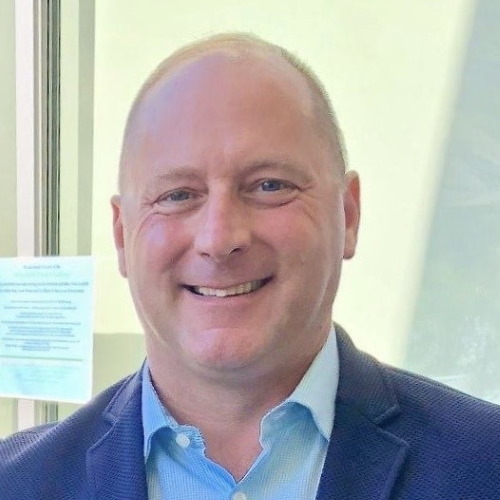 Jim Scheibel is a proud Canadian transplant to the Coachella Valley. He has called Palm Springs home for nearly a decade. Before moving to Palm Springs, Jim worked as a healthcare administrator in Regina, Saskatchewan Canada. In his professional role Jim had a particular focus of ensuring that Social Determinants of Health were prioritized for broader populations and overall health of diverse communities. While in Canada, Jim sat on numerous boards, including the North Central Community board in Regina Saskatchewan. For 4 years he helped fund, and coach a program for disenfranchised First Nations youth. He assisted them in completing their first 26 mile marathon. The aim was to instill the kids with the ability to set goals, create structure and gain self-confidence.

For the past decade here in Palm Springs, Jim has been a tireless advocate for food security here in the Coachella Valley. Assisting with countless food drives, being a vocal policy advocate, and volunteering every Thursday night at the LGBT Center Food Bank. And along with his husband Tim, raising over 30 thousand dollars and nearly 20 tons of food by hosting an annual fundraiser/food raiser in their home.

Jim is a current board member and secretary at the LGBT Center, a past committee member for the Harvey Milk
Diversity breakfast, and a mentor for three, grade 11 students at Cathedral City High School.

Along with his husband Tim, Jim owns a State Farm insurance agency. Jim and Tim sponsor a number of local non profits organizations, and in fact have contributed to over 25 different organizations including CVRep, Angelview, Palm Springs Animal Shelter, AIDS Lifecycle, Cathedral City Boys and Girls club, Prime Timers of the Desert, the Association of Fundraising Professionals, The United Way, Martha’s Village and Coachella Valley Volunteers in Medicine.

Through their corporate roles as State Farm owners and agents they developed a local “Good Neighbor” award with the intent of recognizing the unsung heroes who quietly make a huge difference here in the Coachella Valley.

Jim has deep convictions that food is a human right and plans to continue to be a strong voice for those who cannot advocate for themselves.