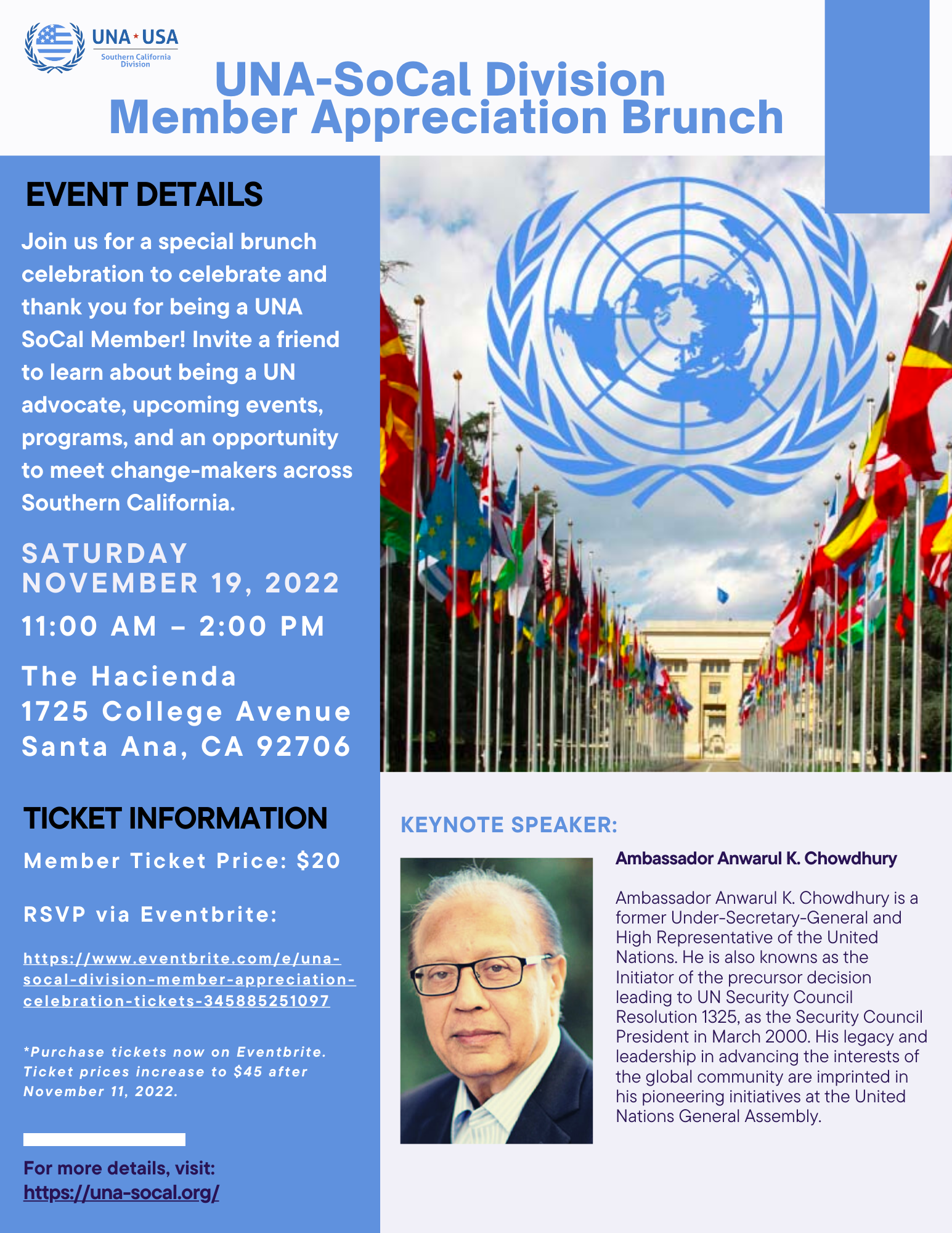 Join us for a special brunch to celebrate and thank you for being a UNA SoCal Member! Invite a friend to learn about being a UN advocate, upcoming events, programs, and an opportunity to meet change-makers across Southern California. 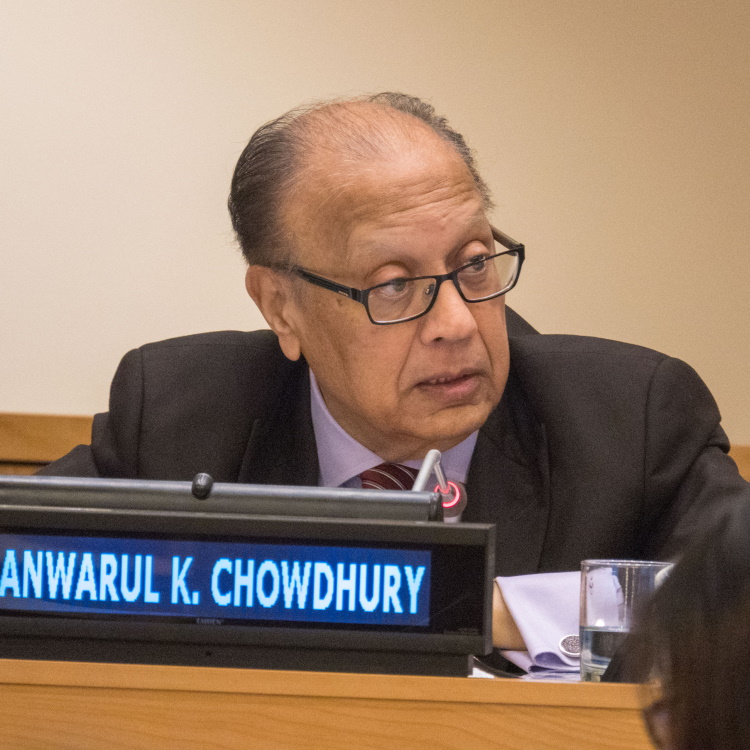 Ambassador Anwarul K. Chowdhury is a former Under-Secretary-General and High Representative of the United Nations. He is also knowns as the Initiator of the precursor decision leading to UN Security Council Resolution 1325, as the Security Council President in March 2000. His legacy and leadership in advancing the interests of the global community are imprinted in his pioneering initiatives at the United Nations General Assembly.
Click here to download the PDF version of this flyer